After a two-year hiatus in the aftermath of the Corona virus epidemic, the Pro Kabaddi League is set to resume, with the Bangalore Bulls and U Mumba competing in the opening match.

Highlights:
Guraisoke Ready is Nammura Bulls ..
Coming back to amusement is Pro Kabaddi, our hometown, our game, our boys, our bulls.
Bengaluru Bulls team with award winning favorite and strong team.

Bangalore : The stage is set for the Kabaddi festival. The Vivo Pro Kabaddi League has been amusing again two years later. The Bangalore Bulls are also preparing to win the title.

There was no previous two-year version due to Corona. The Season 6 champions and this year’s favorite team, the Bengaluru Bulls, will start their campaign from home on December 22. Coronavirus infection caused a break in sports activity in the world. Now that the situation has returned to normal, the tournament is just beginning. Teams will go down to the arena in a strict bio-bubble system, following Corona rules.

The Bangalore Bulls are
always a favorite team under the Bangalore Bulls favorites Pro Kabaddi. In the January 2019 final, Gujarat defeated the Fortune Giants in the 6th edition. The second edition was runners-up, while the first and 7th editions were semifinals. 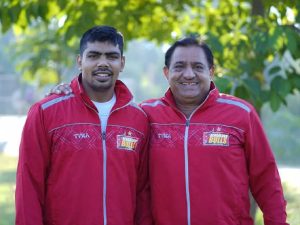 This time the Bulls have been built and this time the Bulls are even stronger than last time. The Bulls have joined foreign players with the retention of experienced players. Joining the squad are Abolffazl Magsodlou Mahali (Iran), Dong Jeon Lee (South Korea), Jiaur Rehman (Bangladesh). Record-breaking radar Pawan Kumar Sehrawat will lead the Bulls team.

Pawan has been playing for the Bangalore Bulls since the third edition. Pawan also made a name for himself at the national level and was a part of the Indian team at the South Asian Games. He was awarded “Most Valuable Player” and “Best Radar” respectively in Pro KabaddiSeason 6 and 7. Pawan tops Pro Kabaddi’s best radars. Defender Mahender Singh is the strength of the Bangalore Bulls.Called “Bulldozer” by Sehrawat.

The Bulls coach from the start of the Arjuna Award winning Randhir League. He has introduced many young players under their control. The Big Bulls have a combination of great leader and best coach. The number of kabaddi chefs has also increased substantially. Bulls, owned by WL League Private Limited, has been making a steady appearance in Pro Kabaddi. Now, fans are ready to bring their favorite team and players. 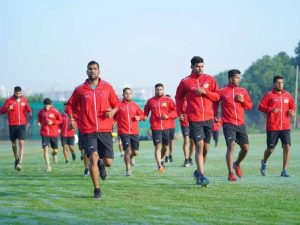 Bulls is the title sponsor of 1x News, while Herbalife Nutrition is responsible. Nippon Paint, Big FM and PK Consciousness have also signed with the Bulls. Viewers are not allowed to watch the tournament due to coronavirus infection.